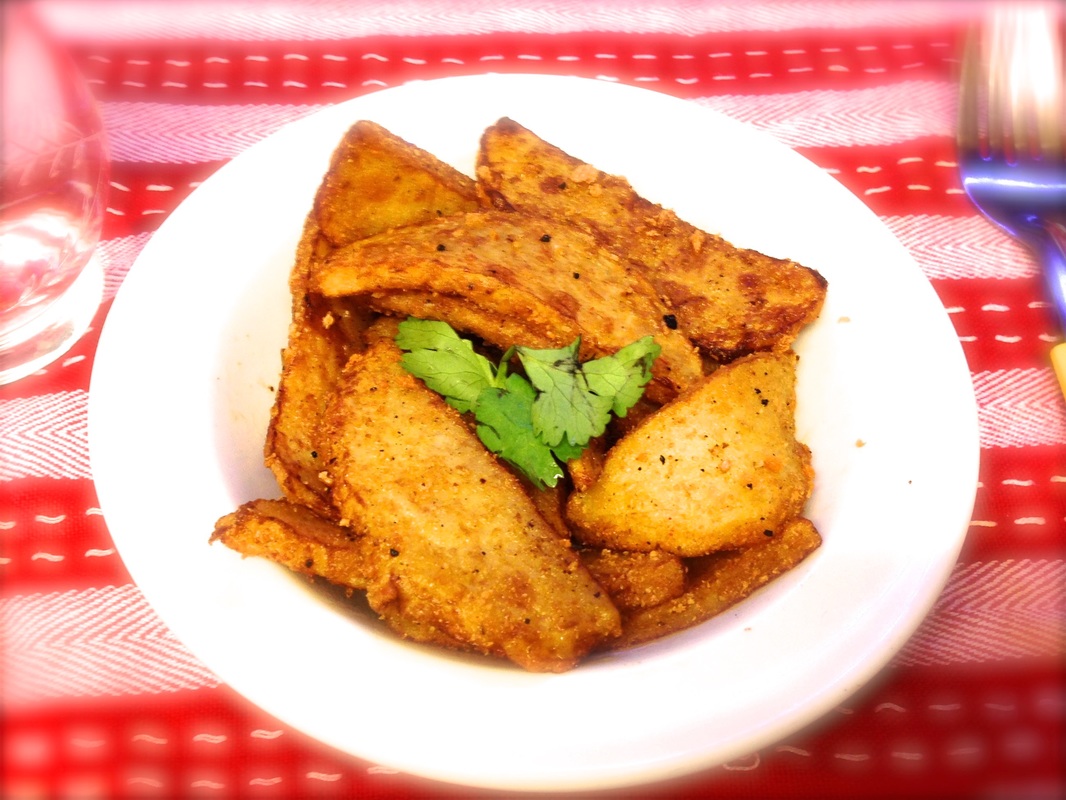 This recipe is quick and easy to make and is also very tasty!

INGREDIENTS:
STEP 1:
First half 2 or 3 potatoes and then take one half and slice them so then they look like half moons, do this for the other half and also do the same for the other potatoes.After sliced put them in a bowl.
STEP 2:
Secondly put in the Fruit Chat, Turmeric, Cornflour, Gluten Free Plain Flour, Black Pepper and Garam Masala.And mix them together by hand or anything you want.
STEP 3:
After mixed perfectly put a pot half filled with vegetable oil and put that on medium heat.While that heats up get a plate and pour in your Free From Breadcrumbs and break them until they have turned into bits.
STEP 4:
After the oil has heated up cover the potatoes in the breadcrumbs and make sure you pat off the extra bits of the breadcrumb.After your potatoes are covered pop them into the pot of oil do the same for all of the potatoes.Fry until done, put it into a plate and enjoy!!